An Encounter With An Elephant On Self Drive – What To Do?

Home/Posts/An Encounter With An Elephant…

Elephants can If you meet face-to-face with an elephant, you’ll need to know how to avoid being hurt by this wild creature. Luckily, most elephant charges are just ‘mock charges’ meant to worry you but not harm you. Shouting, yelling, and making much noise can probably save you from a charging and angry elephant. You should learn to read the signs of an elephant once you meet during your self-drive safari.

HOW TO BEHAVE CLOSE TO AN ELEPHANT WHILE IN A RESERVE

HOW TO DETERMINE IF IT’S A MOCK OR REAL CHARGE

Most charges made by elephants are mock charges, you must be observant to read the signs of the elephant. Some of the signs include;

If the ears are pinned back it’s about to charge. If its ears are relaxed, it is probably making a fake charge. Ears that are waved out are likewise indicative of a mock charge but if the ears are held back flat, it is more likely that the charge is real.

Look at the elephant’s trunk to see if it’s bent inward in attack position. During a genuine charge, an elephant will twist its trunk up and inward. If the trunk is hanging loosely down, the elephant is perhaps only making a fake charge. Being able to recognize the difference between an elephant making a mock charge and one about to crush you may save your life.

Contracting its trunk or swinging one leg to and fro. These actions are known as “displacement activities.” They’re physical signs that show an elephant’s hesitancy regarding whether to charge or mock charge. More of these pronounced displacement activities means that the elephant is most likely making a threatening show out of fear and has no intention to really charge.

HOW TO AVOIDING ATTACK OF AN ELEPHANT DURING A REAL CHARGE

Stay downwind from the elephant at all times

The wind should be blowing past the elephant towards you, not vice versa to make it hard for the elephant to smell you and seek you out (elephants have a keen sense of smell). If you can position yourself to the proper side of the wind to avoid any further encounter.

Run in a zig-zag form if the elephant makes a real charge.

A charging elephant can run much faster than you, but if you zig-zag, you might be able to escape it. This is because Elephants find it difficult to change directions because of their bulky size. The intent of running should be to place as much distance between yourself and the elephant.

Find something to keep you and the charging elephant at a distance.

If the elephant makes a real charge at you, look around for something larger than you that can act as a shield. For example, find a vehicle, a building, a pile of wreckage, a large tree. Be absolutely still and quiet as you hide since elephants have acute hearing.

Climb up a strong/big tree or rock face to escape.

Climb at least 10 to15 feet (3.0–4.6 m) off the ground where the elephant can’t reach you with its tusks or trunk. Elephants are unable to climb and this will keep the space between you and a charging elephant. Make sure the true you climb is not weak because the elephant can easily bring it down.

You can dodge a charging elephant by running into a large ditch and staying low. Be warned that if the ditch is small or not deep enough, the elephant may find its way around and attack you with its trunk.

If an elephant is drawn nearer as you run away, throw a jacket, hat, bag, or branch away from you. Toss the distraction at least 10 feet (3.0 m). This might serve as enough of a distraction for the elephant to attack and leave you. While it’s attacking the trap, run as far from the elephant as you can.

Make noise if the elephant isn’t distracted by a decoy. Being noisy might be the only strategy you have left, so stand your ground and shout as loudly as you can. The elephant may consider you as a potential threat and decide to withdraw.

Try anything: roar like a lion or shout “no” over and over and if you’re carrying a backpack, shake it to make noise and to create a rattling sound.

Keep in one position for a mock charge

Standing still in your tracks will show the elephant that you’re non-threatening and will remove the elephant’s wish to pursuit you. Remaining where you’re standing will show confidence and lack of fear, which should make the elephant think twice about charging.

Don’t show your back during a mock charge

Elephants are good at evaluating body language, the elephant will see this behavior as fearful and submissive and will be motivated to chase after you and hunt you down. Showing your back will demonstrate that you’re afraid, weak, and vulnerable.

Try making yourself look big and confident. Raise your arms above your head and take a step forward toward the elephant to prove you’re not scared of the elephant.

It’s possible to shoo off the elephant by making loud noises if the elephant is at least 50 yards (46 m) away, screaming and yelling is an effective strategy. Keep yelling as loud as possible till it makes the elephant back down and leave that area. Loudly and repeatedly shouting “No” or “Go away” is good if you can’t think of anything else to yell.

Studying the behavior of elephants and other wild animals in the park makes your self-drive trip more comfortable and safe. The above tips will help you stay away from the attack of the elephant and this makes your trip more fun as you learn their behavior. 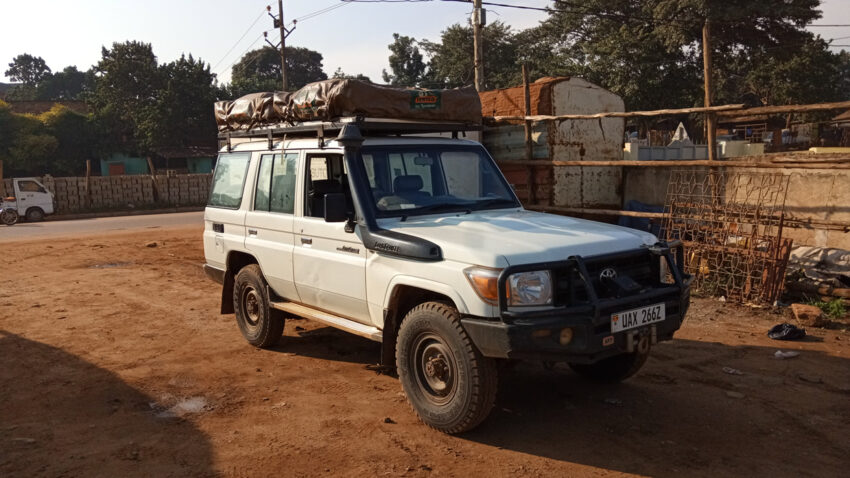